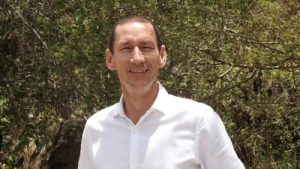 Four Seasons Safari Lodge Serengeti has announced Justin Stevens as Resort Manager. With ten years of African safari experience to his name, Stevens now joins the team at the Lodge in the heart of the Serengeti National Park, where he will oversee all day to day operations at the property.

Hailing from Canada, Stevens enjoyed international adventures in the cruise industry before he arrived in Africa more than a decade ago, having since worked across a number of safari camps and lodges in Tanzania, Botswana and Rwanda.

“I’m thrilled to be joining Four Seasons here in Serengeti,” says Stevens. “I’ve watched the reputation of the Lodge grow over the past five years, thanks to a remarkable team of employees, and I am very proud to now be part of the team. I also know how many initiatives have been put in place to support conservation and the community and these are both areas I am passionate about driving forward even more.”

With a choice of luxury accommodations – all with private balconies and uninterrupted views of the Serengeti Plains, Four Seasons Safari Lodge caters to both couples and families, where leisure amenities include an educational Discovery Centre for learning about the wildlife and nature of the Serengeti, a six suite Spa, a choice of three restaurants, a dedicated Kids’ Club and one of the most acclaimed infinity pools in the world that overlooks an active animal watering hole.