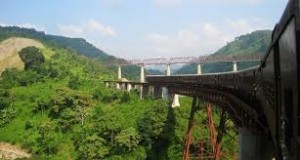 All the stakeholders involved in the tourism sector in the northeast Indian state of Assam have been invited by the Kazakhstan Government to explore opportunities for bilateral cooperation with that country, and especially with Almaty, the business capital.

This invitation was extended by Kazakhstan’s Ambassador to India Bulat Sarsenbayev during a five-day official visit to Guwahati.

Inaugurating an interactive session titled “Kazakhstan-India: Cooperation in Tourism”, which was organised by the Embassy of Kazakhstan and the Assam Tourism Development Corporation (ATDC), Ambassador Sarsenbayev gave a broad description of the main areas of cooperation between Kazakhstan and India.

Indian businessmen and women expressed an interest in visiting Kazakhstan. The ATDC said it is willing to organise a presentation of tourism opportunities of Assam in Almaty.
Assam is known throughout the world for its tea plantations, national parks, natural landscape and historical monuments.

Both sides agreed that the Indian side would have an opportunity to discuss future cooperation with Kazakh partners. The ATDC said that it is also ready to host tour operators and media representatives from Kazakhstan.

The moderator of the interactive session from the Indian side was K. Hillaly, Managing Director of the ATDC. The representatives of 10 largest travel companies of the state, such as Networks Travels, Pushpak, Landscape Safari, Natural Holidays and others attended this session.

Additionally, a roundtable discussion with representatives of Indian Tea Association (ITA) and tea producers of Assam was organised. During this meeting, AmbassadorSarsenbayev said that Kazakhstan delivers most of its tea through companies with Russian participation registered in Kazakhstan. He said the tea leaves supplied to Kazakhstan from Russia are long and does not give the so-called “beautiful colour” or sufficient strength when mixed with milk.

Sarsenbayev also spoke about the benefits of the tax system of Kazakhstan for companies and investors. Indian businessmen expressed their interests in such projects.

The senior Kazakh diplomat also called on the Governor of Assam Professor Jagdish Mukhi. During their meeting, issues of possible cooperation between Kazakhstan and Assam were discussed. The ambassador informed Governor Mukhi about Kazakhstan’s chairmanship in the UN Security Council, the implementation of strategies and programs in his country and the outcome of meetings with tour operators and tea producers of the state.