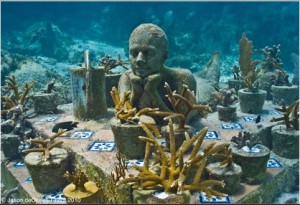 Kenya plans to establish a network of marine museums across the country to boost tourism, an official said on Monday.

An official mentioned that Kenya had plans of establishing a network of marine museums across the country to improve tourism.

Caesar Bita, head of underwater archaeology at the National Museums of Kenya said that the museums will be placed offshore  along the Indian Ocean coastline, major lakes and rivers.

During the  sidelines of the Fifth World Congress of Geoversal Civilization Bita mentioned the  museums will be used to collect, preserve and display Kenya’s underwater cultural heritage. This will further help in growing the tourism sector of Kenya.

The event running from July 16 to 21 is aimed at promote cooperation among world civilizations.The researchers around the world will get important information on marine museums.

The marine museums will remain underwater because of major investments in preserving archeological artifacts on lands.Kenya’s marine artifacts and memorabilia  has been generating interest among local and foreign tourists.

Till now the archaeologists have discovered 30 shipwrecks which are more than 100 years old. This was found along the Indian Ocean and it belonged to the Portuguese, Arab, British and Chinese explorers.

Kenya’s indigenous communities  dwelling along the rivers having rich maritime culture will be showcased at the maritime museums.

After agriculture, tourism is the second largest source of foreign exchange revenue in Kenya.