Kerala apprehends fall in tourist arrivals due to travel advisories 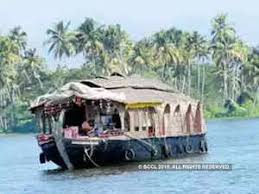 The Kerala tourism industry apprehends that travel advisories issued by several countries proclaiming India as an ‘unsafe travel destination’ will affect tourist footfalls. This will happen despite many hotels and resorts in the state reporting full reservation for the Christmas-New Year festival season.

The travel advisories, owing to the nationwide protests against the Citizenship Amendment Act (CAA), had been issued by the United States, Canada, United Kingdom, Saudi Arabia, United Arab Emirates, Russia, Australia, Israel, and Taiwan among others.

Many of these countries are key markets of origin for Kerala Tourism, with the United Kingdom topping the list in foreign tourist arrivals to the State. The only solace for the industry is that Kerala does not figure on the list of the States foreigners have been asked to avoid due to mounting tension and violence.

“There have been no cancellations in the last two weeks despite the advisories. We have been able to convince our guests that Kerala is a safe destination. But, one cannot predict what will happen after January 1 when we are expecting a surge in the footfall. There is concern over the poor response from Gujarat,” says Abraham George, Member, National Tourism Advisory Council and CMD of the Kochi-based Intersight Tours and Travels.

Anish Kumar P.K., former president, Association of Tourism Trade Organisations India (ATTOI), said a 25 per cent to 30 per cent increase in footfall had been witnessed this year compared to 2018.

“Rooms are not available in Kumarakom and the travel advisories have not made any impact on foreign tourist footfall. However, the domestic tourist inflow is not at the expected level this season,” he says. Lack of seats on flights and high airfare have also affected the inflow, adds Mr. Anish Kumar.

Good occupancy in the prime properties of the Kerala Tourism Development Corporation (KTDC) across the State has cheered up the reservation desks.