Kerala becomes as the ‘Best Performing State’ in India 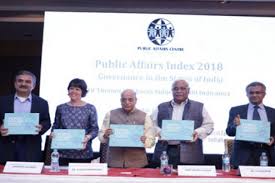 Due to its credentials in attracting both foreign and domestic tourists, Kerala has emerged as the ‘Best Performing State’ in India in tourism category, according to the 2019 ‘State of the States’ (SOS) study.

Kerala has also bagged top honors in the categories of ‘Environment’ and ‘Cleanliness’, beating 28 states that featured in the survey conducted on 12 key development parameters. The study was conducted by India’s leading magazine India Today.

In spite of successive floods in the past two years and the Nipah outbreak that adversely affected Kerala tourism, the state witnessed revenue of Rs. 36,528 crore from the tourism sector in 2018-19, registering an increase of Rs. 2,874 crore from 2017-18.

“It is an extremely credible proof of the robustness of the state’s tourism sector that has also become a mainstay of its economy. Particularly satisfying is the fact that Kerala was adjudged third in this category in 2018. Now it is number one, which underlines the fact that the state has fast shaped up as a tourism powerhouse,” said Kerala Tourism Minister  Kadakampally Surendran.

“Kerala has been making consistent and concerted efforts to peg up its share in the burgeoning global tourism. The last two years have been particularly challenging because of the catastrophic implications of unprecedented floods, but we were undaunted. If the challenges were unprecedented, the response of the state government has been swift and decisive. We have launched a string of new and innovative products to attract tourists from both inside the country and outside,” said Tourism Secretary Rani George.