Home » Kerala reiterates its resilience against natural calamity at KTM

Kerala reiterates its resilience against natural calamity at KTM 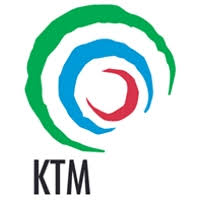 Kerala, once again, expressed its determination to survive the post-flood difficulties by giving a sparkling start to the country’s biggest tourism event, as the tenth edition of the Kerala Travel Mart (KTM) began on Thursday with chief minister Pinarayi Vijayan emphasising on safeguarding the ecology of prime destinations and promoting responsible tourism.

“The calamity (of last month) reminds us the need to protect the nature, especially for the growth of tourism in a state where the beauty of . nature is the prime attraction,” he said, inaugurating the four-day event that brings entrepreneurs across India and abroad to the state’s unique tourism products and services.

“We are duty-bound to preserve and protect the nature…. A place develops itself into a responsible tourism centre when the entrepreneurs and the local community join hands,” he added, formally declaring open the September 27-30 festival that comes a month after the state faced its worst deluge and landslides in 94 years.

Union tourism minister of state (independent charge) K J Alphons as the chief guest said the post-flood “resurrection” of Kerala has had no parallels anywhere in the world. “Kerala is again ready to receive tourists. The state should concentrate on Chinese market as we are getting far less number of tourists from that country,” he added.