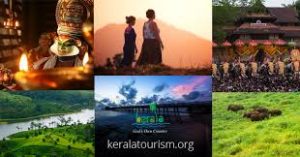 In the middle of Kerala Tourism’s initiation to attract more Chinese tourists to the state, toady a workshop was arranged for travel and tourism trade as part of designing a marketing strategy to boost footfall.

While inaugurating the concluding ceremony of the workshop, state Tourism Minister Kadakampally Surendran explained that the state is all set to make the most of the strong China market which drives 150 million tourists worldwide.

“Kerala will do a sustained China Ready campaign with definite partnerships at G2G, B2B and B2C levels,” he said. “In spite of deep historical, cultural and continental connect, Kerala is still not the most frequented tourist destinations of the Chinese, a scenario that is bound to change in the coming days,” said Marcus Lee, CEO, Welcome China, a government accredited initiative that works to help travel and tourism trade engage meaningfully with China.

While talking with the participants on the likelihood of raising the tourist footfall from China, Mr Lee said, “By thinning the gap that keeps Chinese tourists from India, there are greater chances of India being one of the favourite exotic destinations of the Chinese people”.

About 40 hoteliers and tour operators across the state took part in the workshop. Inaugurating the workshop earlier, Rani George IAS, Tourism Secretary, said “With China Ready programme, Kerala Tourism hopes to get an opportunity to open avenues for not only cultural exchanges but also mutual economic benefits.” P Bala Kiran,IAS ,Tourism Director, said, ” tapping the Chinese market is vital for Kerala since it will boost the state’s revenue from tourism substantially.”

China Ready programme, which has by now been carried out in 48 nations, is discovering India for the first time with its alliance with Kerala Tourism. A five- day trip by the Chinese delegation from October 1-5 to various destinations in Kerala happened after the Workshop.

The group will visit Thiruvananthapuram, Alappuzha, Thekkady, Munnar and Kochi and will provide the Chinese viewpoint on measures to be taken for making these destinations more attractive to Chinese tourists.

Lately, Beijing based Richard Matuzevich of the World Tourism Cities Federation told the International Conference on Tourism Technology (ICTT) at Kochi that emerging class of young, educated and resource-rich travellers from China are passionate about visiting countries in the East and South Asia, but India is yet to get a position in their list of top eight destinations.