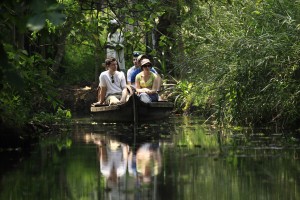 Kerala Tourism has targeted 100 per cent increase in arrival of foreign tourists and 50 per cent in domestic tourists over the next five years. The Tourism Policy 2017 envisions active inclusion of the differently abled and transgenders in promoting the industry.

Speaking to reporters about the policy on Friday, state tourism minister Kadakampally Surendran and director P. Bala Kiran said new products would be launched for attracting youths, professionals, students, artists, and such others and top priority would be accorded for experiential tourism that would lend tourists an opportunity to experience the pulse of rural life, vocations, and indigenous products.

A tourism regulatory authority has been mooted to curb unhealthy practices and ensure better intervention of the Tourism Department through periodical inspections and a licensing system. Responsible Tourism would be implemented all over the State.

Projects would be implemented in select destinations on a public-private partnership basis such as the Jatayuppaara tourism project at Chadayamangalam in Kollam district.

Tourist Destinations would be made more differently abled-friendly and would be kept clean and hygienic with the involvement of local bodies. A special campaign would be launched for promoting festivals such as Onam, Thrissur Pooram, and such others. Special tour packages would be worked out to various destinations that have still not become popular for promoting weekend tours within the State. The classification system for destinations would be restructured to improve their service quality.

A person of international repute would be made the brand ambassador of Kerala Tourism and tourism would be included in the school curriculum as a subject.