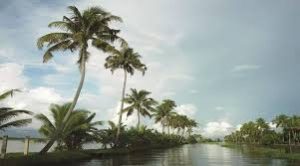 After Kerala was hit by its worst flood in almost a century, the tourism sector in the southern state of India is slowly but steadily recovering. As per a state tourism department survey, 60 of the 70 major tourist destinations in the state have been restored and are back to being operational.

The ‘tourism readiness survey’ carried on in September had district-level officials visiting 70 major tourist destinations across 14 districts in the state and examining them based on three parameters – overall impact by the flood, damage to road connectivity and condition of hotels and resorts in the area.

“Almost 90% of the major tourist destinations including Munnar, Thekkady, Alappuzha, Kumarakom were found either restored or unaffected by the flood in the survey. A few destinations in Palakkad and Thrissur such as Neliyampathy and Silent Valley are still in restoration process mainly due to damage to road connectivity,” said IAS Rani George, Kerala tourism secretary.