Kerala Tourism suffers another setback with cancelation of ITB Berlin 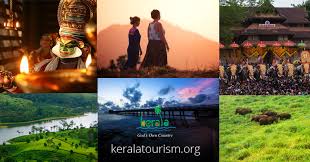 Kerala Tourism and stakeholders of the tourism industry have encountered another setback after ITB Berlin was canceled, which is the world’s largest tourism trade fair. This is the first ever case in 54 years due to the spread of COVID-19.

The news of the cancellation of the five-day fair, which was set to start from March 4, reached Kerala when Secretary, Tourism, Rani George was prepared to lead an official delegation from the State to Messe Berlin.

Around 13 trade partners representing hotels, resorts, and Ayurvedic centres were part of the official delegation to fly to Germany next week.

Kerala Tourism on its part, decided to postpone roadshows in Amsterdam, Milan, and Madrid, scheduled for the second week of March for promoting the destination.

“It is a big concern for the tourism industry as no one wants to miss ITB Berlin as it is a global platform to promote the destination and tourism products. Besides, Germans account for 6.04% of foreign tourist arrivals to the State in 2018 and Germany is one of the key source markets for us,” said the Director of Tourism, P. Bala Kiran.