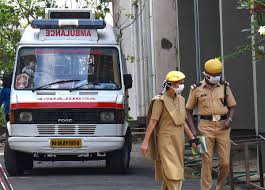 In the midst of a global corona virus scare and with all three positive cases of the epidemic in India being reported in Kerala, the southern state is witnessing mass cancellations of hotel bookings and tour packages. A senior official of the state Tourism Department said that the exact number of cancellations is not yet available, but the repeated instances of floods and epidemics are affecting the industry in a big way!

“As of now, the exact numbers are not available. But industry sources told us that many hotel bookings, including that of KTDC (Kerala Tourism Development Corporation), have been cancelled,” said the official.

Enquiries from people regarding the situation in the state are pouring at KTDC help desks at various centers.

“As of now, the situation in Kerala is under control. There is no need to worry. But still the people are worried and some have cancelled their bookings,” the official said.

“There are 15-20 per cent cancellations after the reporting of the corona virus cases. But there are bookings also,” said Jose Dominic, the CEO of the CGH Earth Group of Hotels.
“We (Kerala) have a reputation that we will put travelers’ health first before commercial interest,” Dominic added.

Travel and tour operators fear the state’s tourism sector to be hit harshly, especially because the Kerala government has declared the outbreak a ‘state calamity’. Tourism Minister Kadakampally Surendran recently admitted that the sector has suffered a significant setback.

One of the most sought after tourist destinations in South Asia, ‘God’s Own Country’ Kerala is now witnessing the impact of corona virus just after it was recovering from the Nipah outbreak and two consecutive monsoon floods during the last two years, the worst seen in a century.

Kerala’s peaceful beaches, quiet stretches of backwaters, lush hill stations and exotic wildlife offer a captivating experience for travelers from around the world and the tourism industry is a major contributor to the state’s economy.