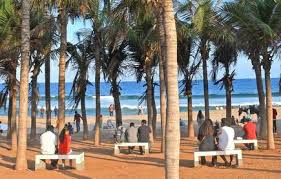 Even though 2,500 odd Malayalis from China and various other countries affected by corona virus reached Kerala over the last couple of weeks and are under observation, many more Malayalis ar still reportedly held up in China.

A group of 21 Malayali medical students from China sent a distress video message on Thursday asking for assistance. They said that they are stranded at Kunming airport in China. Though they planned to travel to India via Singapore, the airport authorities denied permission to travel citing that no one, other than citizens of Singapore, would be allowed to land in Singapore. They also said that no direct flights to India are available. However, the Minister of State for External Affairs, V Muraleedharan, is in touch with the Indian embassy officials to make arrangements for their travel.

In the meantime, a couple of Chinese citizens coming to Kerala as tourists have also been kept under surveillance. While no fresh corona virus cases reported in Kerala yet, the state health department is carrying out massive awareness programmes for making sure that everyone coming from any of the corona virus hit countries would have to undergo medical screening.

The Kerala tourism sector is already feeling the heat of the corona virus infection with several foreign tourists cancelling visits to Kerala. Kerala tourism minister Kadakampally Surendran said that many hotels in the state are witnessing cancellation of bookings for February and March. The house boat industry of Alappuzha and Kottayam are also seeing fewer tourists at the moment.