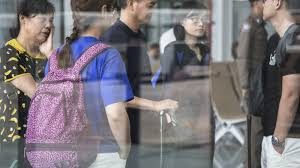 Special importance on China, Europe, the United States, and Australia and promotion of the destination using social media will be the key marketing strategies for a Rs. 27-crore brand campaign of Kerala Tourism, which would be rolled out internationally and nationally to attract tourists to the State.

Promotion of Kerala and its niche tourism products through print, television, and branding in London and Australia will be a part of the campaign.

“We are awaiting the approval of the brand campaign from the government and it is expected this month,” said the Director of Tourism P. Bala Kiran told. Kerala Tourism is all out to promote the destination in China since Kerala is the first Indian State to be partnered for the China Ready programme to increase footfall from the strong China market.

Of the 2 lakh-odd Chinese tourists visiting India annually, around 9,000 tourists visit Kerala. China will be one of the major markets that Kerala Tourism will be focusing on this year and during the brand campaign. For wooing Chinese tourists, who are considered high spenders, Kerala will have to make use of social media.

Chinese tourists are not much aware of Kerala as they do not get exposure to Kerala tourism products on their social media platforms.