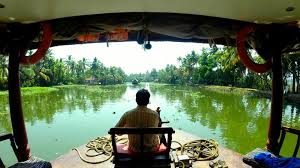 In the initial three quarters of 2019, Kerala Tourism saw a 16 per cent growth in domestic tourist numbers as the state is all set to arrange a pan India campaign to show their prime attractions to the world. This information was shared by Md. Saleem, the Tourism Information Officer, Kerala, while attending the meeting in Kerala. At the meeting, a film called “Human by Nature” was screened, which was followed by a cultural show that represented the true essence of Kerala. The number of domestic as well as international tourists in Kerala has started showing a healthy rise, along with record revenue earning, in 2018, showing that tourism has bounced back rapidly after the devastating deluge.

More than 16.7 million tourists visited Kerala back in 2018 as against 15.76 million the previous year, showing almost an increase of 5.93 per cent. Of the total footfalls, 1.09 million were international tourists. The share of revenue from foreign visitors touched Rs 8,764.46 crore. Also, domestic tourism gained during the period with visitors exceeding 15.6 million, showing an increase of 6.35 per cent.