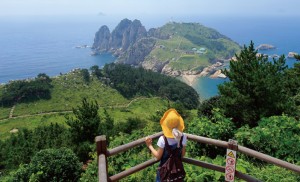 The Korea Tourism Promotion Agency seeks the growth of tourism but in qualitative forms.

The Tourism Department of Korea said that it will push forward efforts to calm down and diversify the country’s inbound tourism market this year, as part of its broader aims to achieve qualitative growth.

The Korea Tourism Organization plans to clarify a two-track approach where it focuses on stabilizing inflows of visitors from such countries as China, Japan and the United States. This will diversifying its portfolio by attracting people from other countries, including Vietnam and India.

The Korea Tourism Promotion Agency is also planning to give 100,000 won ($93.50) in subsidies per person to 20,000 employees at small and medium-sized enterprises to vitalize the domestic tourism market.

There is another key task for the Korea Tourism Promotion Agency this year is to expand more tour programs to the Demilitarized Zone, the 2.5-mile wide strip of land separating the two Koreas.

A total of 13.3 million foreigners visited Korea last year down 22.7 percent from a year earlier.

The drop has been widely predictable as Beijing, the capital city of China has banned the travel agencies from selling Korea-bound trips since mid-March, in apparent retaliation over Seoul’s deployment of the US Terminal High Altitude Area Defense system.