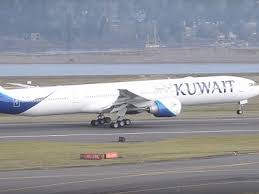 Kuwait Airways canceled a portion of its original Airbus A350 order. Back in 2013, it made an order for 10 of the aircraft type. News broke in 2018 that the airline had canceled five orders for the A350. It’s taken quite some time, but those numbers are finally reflected in Airbus’ order books.

While the news is actually a year and a half old now, the interesting thing is that this change wasn’t reflected in Airbus’ O&D (orders and deliveries) files until March 2020. In Airbus’ February 2020 O&D file, Kuwait Airways was still listed as having 10 orders of the A350. With the March O&D file being released yesterday, we now see the A350 order down to five for the airline.

The order for 10 A350s was originally announced in December of 2013, along with 15 single-aisle A320neo jets. At the time, Kuwait Airways’ acting Chairman Mr. Jassar Al Jassar had commented on the order saying:

“The Airbus Family is the ideal choice for an airline like ours. The A350-900 will strengthen our long haul route development whilst the A320neo will further boost our regional route network. These aircraft are an essential part of our ambitious growth plans.

While Kuwait Airways has yet to take delivery of any of its Airbus A350s, it did receive its first A320neo in September of 2019.