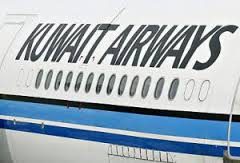 The national carrier Kuwait Airways has received the sixth aircraft of the long-range, twin-engine jets, the Boeing 777-300ER, which has been given the name of Miskan. The new plane is named after the Kuwaiti Miskan Island, in the Arabian Gulf.

Miskan will contribute to the qualitative development of the Kuwait Airways’ fleet, and enhance operational capacities and services, for long-haul destinations, she added.

The passenger plane is part of a 10-aircraft deal, expected to be completed by the third quarter of 2017.

The newly-arrived Boeing will operate over the coming days, on long-range flights to London, New York and Frankfurt, as well as, to Dhaka, Manila and Bangkok.

Al-Roumi affirmed that the company is boosting its accommodation capacity, particularly on board of long-range aircraft, significantly, at the summer onset.