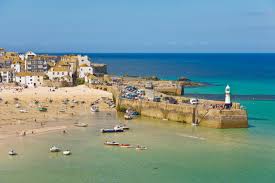 According to a tourism specialist, Kuwaitis’ spending on short vacations abroad is leading to draining of their resources and savings, especially for families with limited income.

However, due to the lack of local recreational options, most Kuwaiti families look for alternatives abroad. This was said by Nabila Al-Anjari, the General Manager of Leaders Group for consulting and development representative of the World Tourism Organization in Kuwait.

Anjari’s statements include suggestions for a number of immediate steps that can help reduce spending on tourism abroad in a way that goes in tune with recent years’ plans to cut down expenses in the aftermath of global economic crises and fall of oil prices.

Spending of both Kuwaitis and non-Kuwaitis on short vacations abroad has been increasing regardless of the fall in oil prices, which highlights the states’ failure to cut down expenses by saving the endless amounts spent on those vacations.

It was also revealed that citizens spent a large amount of money abroad during the first quarter of last year.