Lanarkshire to hit tourism with a growth of 2.5 percent 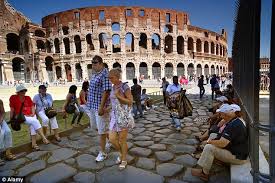 Practically, though, what exact role can Cumbernauld play in those statistics? The town’s biggest champion would even find it hard to discover areas beyond the generous proportions of green space which would voluntarily function like a magnet for the visitors.

Lasting treasures of history are slim on the ground. An exceptional instance of William Adam’s work, in the form of Cumbernauld House, has, for example, been transformed into a development of luxury flats. It’s a subject all too obvious to Adam Smith of Cumbernauld Community Development Trust. He said: “We campaigned as best as we could to secure Cumbernauld House as a community facility but this proved impossible once it was in the hands of the developers, although we do still have Cumbernauld House Park which I always encourage people to visit.

“Cumbernauld, despite the perception otherwise, has many landmarks and points of interest worthy of a visit. However, we do hugely suffer from the town’s generally negative reputation and the failure to properly market Cumbernauld’s attractions, including Cumbernauld Theatre, World of Wings, Broadwood Loch, Arria and the World Heritage Site, Antonine Wall, to name a few.”

“Cumbernauld has been attracting visitors from around the world ever since the initial construction of the New Town.” “It’s understandable that there remains a high level of interest in how Cumbernauld has developed over the years and what lessons can be learned for future New Towns.”