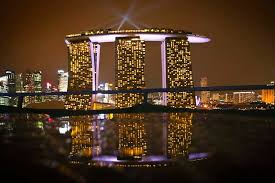 Las Vegas Sands Corp. has announced an expansion plan for Marina Bay Sands in Singapore. It will add 1,000 rooms. The company has entered into a development agreement with the Singapore government.

It is located adjacent to the existing Marina Bay Sands Integrated Resort (IR), the key elements of the development will be a state-of-the-art 15,000-seat arena, a luxury hotel tower and additional MICE (Meeting, Incentive, Convention, and Exhibition) space.

Marina Bay Sands is an iconic tourism destination. The property has achieved amazing success for both Singapore and Las Vegas Sands and thus the later plans expansion.

Since the opening in 2010, Marina Bay Sands has attracted more than 330 million visitors. The property has brought over 700 new MICE events to Singapore since opening and hosted 3,680 events at the Sands Expo and Convention Centre in 2018 alone.

With leading design and cutting edge technology, the venue will attract top entertainers from Asia and around the world. There will be a new 15,000-seat arena.

The hotel tower, which will feature approximately 1,000 all-suite rooms and set a new standard of luxury in Southeast Asia, will also include a sky roof with a swimming pool and a signature restaurant. The tower will feature a dramatic atrium and terraces along with exciting food and beverage offerings and a combination of meeting rooms, ballrooms and exhibition halls.

Integrated resort development in Singapore is a tremendous example of government and private business working together to maximize an opportunity that benefits all those involved as per Sheldon G. Adelson, Las Vegas Sands Chairman and Chief Executive Officer.