The latest slogan of Tourism Australia has left people anxious 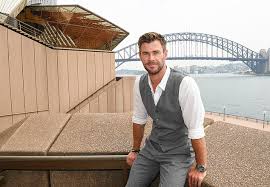 This three-year global campaign, ‘Come Live our PhilAUsophy’ expects to lift up one of the greatest assets of Australia: its people and ‘personality’. Tourism Australia, Managing Director, Phillipa Harrison explains, “we know from our research that 70% of international travellers believe that Australians have a different perspective on life”.

The deliberate play on words is targeted to capture the philosophy of Australians and their casual way of living. Research shows that it’s highly alluring for visitors. Local tourism operators, those at the coal face of travel in the country, were vital to the campaign video introduced previous week.

Paradoxically, unimpressed responses amongst the locals were most likely the best instances of the very ‘PhilAUsophy’ that the marketers were trying to capture. Many considered the play on words was a little too clever for its own good (Australians value egalitarianism); few expressed concerns how non-native English speakers would take the word play (they value inclusivity); others noted there was only one Aboriginal Australian in the debut video (they’re awake to diversity and the indigenous story of Australia); and others just cringed at the clichés (Australians are also rather self-deprecating). But as many realised in their typical Australian perspective: this campaign is not for them.

To quote Federal Tourism Minister Simon Birmingham, “PhilAUsophy aims to not only encourage people to book a flight to Australia and visit our incredible destinations, but go a step further and actually immerse themselves in the best of the Australian way of life.”

While speaking about his contribution in the new campaign, Aussie film star and Global Ambassador for Tourism Australia, Chris Hemsworth mentioned that Australians have something truly special to offer to the world. “To say that Australians are laid back, outgoing, and have a great sense of humour would be both buying into widely-known clichés and admitting an absolute truth. “An incredible sense of adventure and an insistence on having a great time is truly born into our DNA,” Hemsworth said.