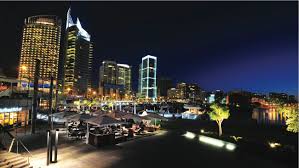 Hotel reservations in Lebanon this summer will cross last year’s level and are likely to reach the highest since 2010 unless recent tensions in the region escalate, said Pierre Achkar, president of the Syndicate of Hotel Owners.

“If you look at the current reservations at the main Beirut hotels for the summer, 50 per cent are already booked,” Achkar said. “This means that in the summer we will reach at least 70 per cent occupancy but, unless there’s a war in our area, I would say we could even reach a level of 90 per cent.”

Seemingly referring to the recent tensions between Saudi Arabia and Iran, Achkar said that a further escalation could mean that visitors from the Gulf would be less inclined to choose Lebanon as their summer getaway.

“Don’t forget that, at least in 2006, people were able to leave Lebanon via Syria. Now that Syria is closed, if anything happens they will be trapped.”

However, Achkar stressed that he didn’t think it would get this far.

In fact, Achkar said, if anything he predicts tourism in Lebanon to be booming this summer, something he said is the result of a very conscious effort by the Tourism Ministry in cooperation with leading figures from the entire sector, ranging from hotel owners to travel agencies and everything in between.

“The marketing and communication efforts undertaken by our industry, especially in the last few years, are finally paying off. “Visit Lebanon” has had a huge impact on turning Lebanon back into one of the best travel destinations in terms of food, nightlife and shopping.”

The “Visit Lebanon” International forum is the first international B2B forum organized in Lebanon to promote its leisure tourism and meetings and incentive industry, according to its website.

Organised by the Tourism Ministry, “Visit Lebanon” is scheduled to take place in Beirut May 30-31 and will bring together 150 international tour operators, incentive and event agencies, corporations and associations from all over the world.

In addition to these concerted efforts to attract more tourists, Achkar believes the main reason tourists are returning to Lebanon again, is the multifaceted appeal of Lebanon itself combined with the significantly improved security situation: “Tourists love the Orient, they always have. Our country is the best in the area right now, not only because of its ambiance and our way of life, but if you look at popular tourist destinations like Egypt and Turkey, their security situation has gotten worse while ours has improved a lot.”