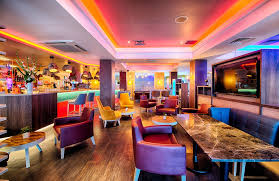 Leonardo Hotels has announced it will build its fourth property in Barcelona, which is due to be the first new hotel to open after the city lifted a moratorium on licenses in 2015.

The four-star Leonardo Royal Hotel Fira Barcelona will feature 204 guest rooms across 11 storeys. In addition, the building’s rooftop terrace will feature an infinity pool, while there will be three conference rooms with capacity for up to 300 people and 150 car parking spaces.

Due to be complete by the end of 2020, the property will be Leonardo Hotels’ ninth in Spain in addition to three other locations in Barcelona, as well as Madrid, Granada and Bilbao. However, it will be the first to operated under the Leonardo Royal brand in the country.

Leonardo Hotels currently operates 15 hotels under its premium brand – six of those are in the UK, including two in London that were rebranded after Leonardo’s parent company Fattal Hotel Group acquired properties from Grange Hotels earlier this year. The project was approved by Barcelona City Council and will create 50 jobs for the region, according to Leonardo Hotels.

Daniel Roger, MD of Leonardo Hotels Europe and U.K., commented that this project shows our dedication to growing the Leonardo Hotels brand in Spain and is testament to Barcelona’s unrivalled position as a world-class tourist destination. The city is incredibly popular with both leisure and business guests, and our new hotel will effortlessly meet the demands of both. Under the Leonardo Royal Hotel brand, we’re excited to bring a new and unique offering to this vibrant city.

Shay Raz, GM of Leonardo Hotels Spain, added that both Spain and Barcelona are unwaveringly popular with tourists. We are committed to tourism and the city and we’re pleased to say this new hotel meets all the urban, environmental and sustainability requirements required by Barcelona City Council. We really appreciate and thank the City of Barcelona for granting us approval to build the first hotel since the moratorium. Fira Barcelona is globally regarded as one of the most important European trade fair organisations and is a huge economic and tourism driver for the city, so it’s ideal to open our hotel in close proximity. Additionally, Leonardo Royal Hotel Fira Barcelona completes our accommodation offering within the Ciudad Condal, with our sister hotels located near the Fira, the airport and Montjuic area.