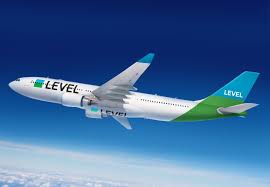 Low-cost airline Level has launched a brand new route between Larnaca and Vienna with its first flight on August 11 as was announced on Monday.

This airline was operational since June 2017 and would offer Larnaca-Vienna flights three to five times a week on an Airbus A321 aircraft. Outbound flights would be initially available for five days a week from Tuesdays to Saturdays.

From September 26 to October 27, the flights would be reduced to three times a week on Wednesdays, Thursdays and Saturdays.

By October 30 and onwards the flights would be operational on Tuesdays, Thursdays and Saturdays.

Inbound flights, on the other hand, occur three times a week, on Tuesdays, Thursdays and Saturdays.

“Hermes Airports’ flight plan is enriched by the company’s development strategy and its air network in terms of frequency of flights and variety of destinations.”