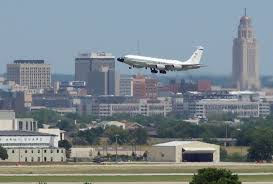 The Lincoln Airport of United States is getting closer to introduce new airline routes to Dallas via American Airlines.

The U.S. Department of Transportation announced last week that Lincoln was one of 16 cities awarded a Small Community Air Service Development grant.

According to the U.S. Department of Transportation’s order filed on July 12, Lincoln Airport will receive $750,000 that it can use as a revenue guarantee to try to entice American Airlines to start daily service to its hub in Dallas.

American Airlines has pulled out of the Lincoln market in 2004, eliminating its three daily flights to Chicago. United Airlines now offers service to Chicago.

A consultant in 2016 identified Dallas as the city the airport should focus on for new service.

Lincoln Airport received a $750,000 Small Community Air Service Development grant in 2013, which it used to convince Delta Air Lines to start service to Atlanta. In that case, the airport had a commitment from Delta that it would start service if the airport got the grant.

Adding the Atlanta flight helped the Lincoln Airport reverse a decade-long trend of declining passenger numbers, and it hit a nine-year high in 2017. However, passenger traffic dropped 5 percent in 2017 and is down another 5 percent through the first six months of 2018.