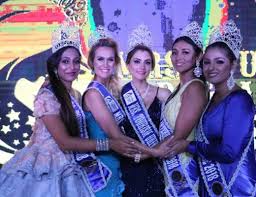 La Mercy’s Lisa Smart-Campos came to South Africa this weekend after representing her country at the second edition of the Mrs. Tourism pageant and was crowned Mrs. Tourism World 2018.

“A Mother who cares for the World” is the tag-line of this international pageant, which is organized by Megastar Productions. It is presented by the City Government of Dapitan and hosted in the beautiful Zamboanga Del Norte province in the Philippines.

Women from the ages of 18 and older competed for five titles: Mrs. Tourism Universe, Globe, World, Earth and International – and each will have respective duties to fulfil throughout their years of reign.

Each title holder is either married, divorced, widowed or a single mom from around the world with a family, a career and are involved in a “significant cause”.

For Campos, the opportunity to compete for one of the titles came after being crowned Mrs. Tourism Globe South Africa in September.

To quote Campos, “I had to raise the funds for the flights and for the entry within four short weeks.” She’s a wife, mother and the CEO of the non-profit organization, PINC.
Despite staying in luxury resorts and experiencing everything that the beautiful country had to offer, the 16 contestants spent most of their time working on their speeches and rehearsing.

After two gruelling weeks, Campos made a striking impression on the judges and was crowned Mrs. Tourism World 2018.

Campos said, “Winning this title as Mrs. World affords me the opportunity to use this platform to engage with local and international investors into our classroom building projects and into our dignity projects which need funders.” As Mrs. Tourism World this year I believe that a mother who cares for the world is a woman who exudes the natural sense of being a mother, whether she has given birth naturally to her child or having passion, love, understanding, a special affection for children and the people of the world.”