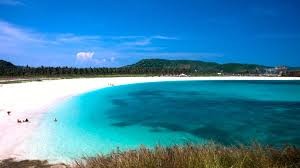 An official at the tourism ministry stated that the eastern region of Lombok In West Nusa Tenggara province will be highlighted by Indonesia in order to attract tourists from the Netherlands.

Highlight Lombok with its tourism zone of Mandalika will provide fresh destination for potential tourists according to the Deputy Minister for International Marketing supervising European region Nia Niscaya.

Nia felt that the public in Netherlands were enthusiastic to attend the tour sales mission that would attract buyers of 40 tour agents from several areas in the country.

In 2019 Indonesia has projected to host MotoGP after it obtains license from MotoGP  and circuits have been planned in Mandalika and Palembang in South Sumatra province to host the event in 2019.

last year Indonesia saw a growth of 2.82 percent growth in arrivals and is targeted to get 225,000 tourists from the Netherlands and promotion on new destination would also be carried out in other markets.

Indonesia Tourism Minister Arief Yahya was optimistic about the new promotion program providing a positive impact on the foreign tourists arrivals which will help in meeting their targets .