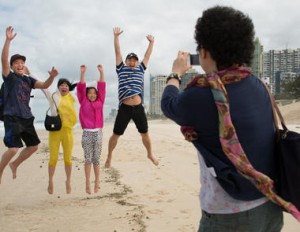 The year 2016 was a big year for Los Angeles’ tourism industry. Los Angeles has emerged as the first ever US city destination to welcome over one million visitors from China in one year, China’s Xinhua news agency reported authorities as saying Wednesday.

Besides reaching the mark of 1 million Chinese visitors, both the city’s domestic and international visitation had reached an all time high, Los Angeles Tourism & Convention Board (LA Tourism) reported.

An additional 7.1 million international visitors also visited LA which is a 3.5 per cent rise over the previous year, statistics showed.

LA Tourism will continue to invest in the market with plans to expand its footprint, the report said.