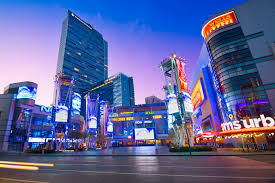 The Chief marketing officer Don Skeoch said that collectively, they are on their couches, at their kitchen tables, peering out our windows and dreaming for the day we are on the other side of this pandemic.

Whether a form of escapism or driving inspiration for a future trip, wanderlust is at an all-time high, and we want to bring a taste of Los Angeles to these dreamers, while also providing the opportunity to learn something new. So many of the museums, fitness studios and chefs of Los Angeles are developing incredible virtual content, and we want to shine a light on their great work while also celebrating something so special in L.A.: Magic Hour.

Magic Hour refers to the city’s sunset, which is live streamed from Hotel Erwin in Venice Beach at 6:30 p.m. PT nightly. The followers of Los Angeles Tourism’s social channels can accompany the nightly sunset with cocktails and other recipes from the city’s restaurants or curated playlists bringing them the sounds of Los Angeles.

On a weekly basis, interactive Magic Hour experiences will feature artists, musicians, chefs, mixologists, photographers and others on Facebook, Instagram and Zoom.

Professional location scout Tristan Daoussis kicks off this series April 22 with a Google Earth tour of locations in the city that were made famous by films including La La Land and Blade Runner.

Magician and comedian Justin Willman, creator and star of Magic for Humans on Netflix, will share magic lessons April 27, followed two nights later by an interactive coloring session on how to illustrate the light of Los Angeles, by artist George Townley.

Other online treats from Los Angeles Tourism include playlists related to the city on Spotify and backgrounds that can be used for virtual meetings or happy hours.