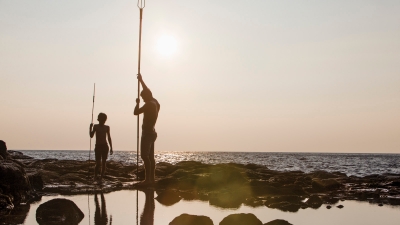 Travellers increasingly seek out authentic experiences on their holidays, for enrichment and enjoyment as well as fostering connections with the people they meet during their stay.  Love Lanai, a new series of tours, classes, even authentic culinary events from Four Seasons Resort Lanai, delivers unique programming brimming with aloha.

The ancient Hawaiians lived sustainably and their culture and practices were influenced by their natural environment and resources found on and around the island.  Knowledge was handed down by word of mouth in traditional times and often animated through mele (chants) and hula (dances). Lanai is a place with unique traditions of its very own.

Through Love Lanai guests will experience the island’s unique living environment and cultural-historical legacy that spans nearly 1,000 years of Hawaiian residency and a diverse cultural heritage. In its later history, Lanai hosted an active ranch for 100 years, and for 70 years was the world’s largest pineapple plantation. Explore Lanai’s bio-cultural landscape, hear stories of its diverse history and learn about the history and wahi pana (storied and sacred places) across the island though a variety of tours, demonstrations and cultural experiences.

Anela Evans has been named Cultural Practioner by Four Seasons Resort Lanai. Anela was raised, from birth, on Lanai.  She earned her BA and MA in Hawaiian Studies at the University of Hawaii at Manoa and also completed a post-graduate fellowship through Kamehameha Schools and Stanford University, in which she had the opportunity to learn about implementing values-based leadership and creating innovative solutions. Following a number of positions in education and preservation across the Hawaiian Islands, she returned to Lanai to work in the Culture & Historic Preservation Division of Pulama Lanai before joining Four Seasons.

Love Lanai debuts with a selection of experiences for guests including:

Welcome a new day with a complimentary guided sunrise hike to Puupehe, one of Lanai’s most iconic landmarks.  The guide will share native history and traditions about Puupehe and describe the living environment of the beach region. Learn more on a gentle hike along Hulopoe Bay with the Resort’s cultural advisors.

Explore the beautiful island of Lanai. Go off-roading on a guided island excursion, go shoreline fishing and net throwing, or delve into island history on an excursion to a few of Lanai’s cultural and historical sites. Four hours; includes lunch.  Reservations required.

View the incredible collection of Pacific artwork and cultural artefacts located throughout the Resort, including remains of an ancient fishing village, with the Resort’s cultural advisors during this complimentary 30-minute tour.

“Talk story” with local Lanai residents and the Love Lanai ohana about the island, its history and diverse culture. Daily at the Love Lanai Experiences desk, complimentary.

The evening celebration of the lighting of the torches commemorates the passing of another day and acknowledges the sun’s long journey across the sky. The sun is revered as a source of life, energy and light as well as a physical manifestation of Kane, one of four major Hawaiian deities.

The voice of the pu (conch shell), traditional mele (chants), hula and music are shared as torches are lit around the property, and an evening of good food and talking story begins.

Learn more about the rich variety of Hawaiian crafts with a complimentary daily program of interactive activities and demonstrations.  Try various crafts that are based on traditional methods and materials such as:

Experience the taste of Hawai’i, interpreted by the Resort’s chefs.  Talk story, converse and perhaps even share a song in an intimate setting reminiscent of a family dinner in a Lanai home.  The dinners can accommodate up to six guests, advance reservations required.  Dinners may include specialties such as:

Travellers seeking to layer in exciting land and sea activities can Discover Lanai, receive a daily activity credit of USD 200 per room (USD 400 per suite) and choose from a variety of exciting land and ocean experiences. Rates start at USD 1,150 per night, for two people.

Guests can explore Lanai on their own and learn about the island’s storied places with the Lanai Guide.   Developed by the Lanai Culture & Heritage Centre, the mobile app showcases audio files, interactive hiking and driving maps, photos from the LCHC archives and information on the varied historic landmarks and attractions of Lanai. Available on iOS and Android.