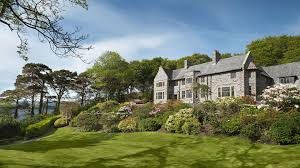 LRC Group, an European firm has paid around €150 million to acquire 600 residential and commercial assets from Oaktree affiliate, Targeted Investment Opportunities (TIO). The deal, which is understood to have been completed two weeks ago, will see LRC take ownership of hundreds of buy-to-let homes across Dublin, Cork and Galway, as well as a small number of commercial properties.

It is believed the portfolio had been in the process of being readied for a potential sale on the open market by TIO under the moniker Project Turner, before LRC moved to secure it in an off-market transaction. The Cypriot-headquartered fund was advised on the deal by DNG while the vendor, TIO, was advised by the portfolio’s asset manager, Redwood Real Estate. Both LRC and Oaktree declined to comment on the transaction.

LRC’s purchase of the Project Turner portfolio brings the number of residential properties it owns and controls across Dublin and Ireland’s other main cities to just over 1,600.

The sheer extent of its investment in the country’s private rented sector market, the company has managed to build its presence in the sector quietly, and in the absence of the attention afforded to other major international real estate investors.

Indeed, LRC’s last reported deal in the Irish residential market took place in February of last year. On that occasion, the company fended off six other bidders to acquire a mixed-use investment at Smithfield Lofts on North King Street in Dublin for just over €10 million. The figure represented a premium of €750,000 on the €9.5 million guide price set by agent Hooke & MacDonald when it brought the properties to the market in November 2016.

Meanwhile, the Project Turner portfolio, which LRC acquired two weeks ago, is understood to be fully buy-to-let and 80 per cent occupied. Sources familiar with its composition said the properties comprise a mix of apartments, houses and a small number of pre-63 period houses.

The vast majority of Project Turner’s Dublin residential units are understood to have been secured originally by Oaktree towards the end of 2014 with its acquisition of the assets contained in Project Venus, a portfolio of buy-to-let investment properties held by Bank of Ireland. Outside of its expanding stake in Ireland’s private rented sector market, LRC has a significant interest in the country’s hospitality sector. Last year, the company acquired the Irish-led hotel investment and management company, Amaris Hospitality, from US private equity firm, Lone Star in a deal valued at £600 million (€678.5 million).