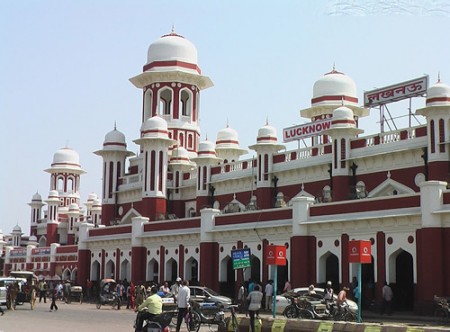 Charbagh Railway Station of Lucknow is among the two main railway stations of the city that are ready to welcome a brand new makeover just like the international airports.

As per the reports, Rs. 6,000 crore would be spent by the Indian Railways on the project with a world-class look that is expected to be accomplished in three years.

At present around 110 pairs of coaching that is 220 trains and 33 pairs of goods are handled by thus station.

And, with an aim to meet the rising demand of traffic a complete renovation of the station is being planned. A concourse of 9 metres height that would be approximately 180 metres in length and would cover all the platforms on the station has also been planned.

To deal with more traffic through the station two additional platforms are also being made.

According to the reports, the outer heritage appearance of the station would be preserved while the inside portion would be transformed completely and would be disabled-friendly too. The Charbagh Junction would also be connected to the Lucknow metro and would be undergoing an expansion.