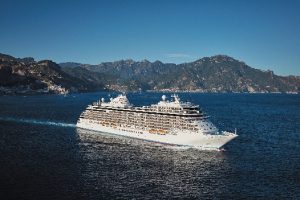 Seven Seas Explorer, the most luxurious cruise ship ever built, is sailing to South America for the first time. After cruising the Mediterranean, Caribbean, Northern Europe and Africa during her first two years, Seven Seas Explorer will visit picturesque ports in 10 South American countries January through March 2019 during five highly-anticipated voyages.

“Seven Seas Explorer sailing this region of the world for the first time gives her loyal guests the opportunity to experience Seven Seas Explorer in a new way, while providing guests who have not yet sailed on her but want to experience the beauty of South America’s destinations aboard the most luxurious ship ever built one more compelling reason to visit,” Regent Seven Seas Cruises President and CEO Jason Montague said.

The five breathtaking voyages include:

In addition, Seven Seas Explorer is sailing to South America via her January 6 Cape Town to Rio de Janeiro voyage, which arrives in Brazil at 8 a.m. on January 19. A limited number of suites are available on this transatlantic voyage.

“Seven Seas Explorer continues to earn praise worldwide for setting the highest standard for luxury cruise ships, and her presence in South America will grow this unsurpassed reputation,” Montague added.