Macao sees a 12 % increase in Indian tourist arrivals this year 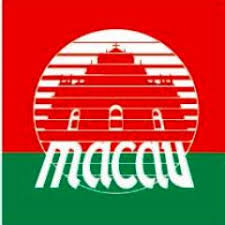 From January to April 2019 Macao has recorded a 12% increase in Indian tourist arrivals as compared to the same period last year. There were 14 million tourists from around the world during the first four months of 2019.

Arzan Khambatta – Head, Macao Government Tourism Office (MGTO) said that India has always been an important source market for Macao. The growth in the tourist arrivals can be attributed to a blend of well-thought-out strategic marketing and trade campaigns conducted during last quarter and this year. Last year, Macao was designated as ‘Creative City of Gastronomy’ by UNESCO, which gave them an opportunity to promote Macanese cuisine.

He went on saying that they also conducted highly successful consumer engagement event called ‘Experience Macao Festival’ in Mumbai and Delhi. The festival was aimed at introducing various attractions and events, cultural and gastronomical aspects of Macao on an experiential level to consumers including showcasing the destination through VR.
They have further plans to continue exploring innovative campaigns and working closely with Trade to help continue this momentum of growth in Indian arrivals.

This year marks the 20th anniversary of the establishment of Macao Sar. The newly launched Hong Kong-Zhuhai-Macao Bridge (HZMB) is the longest sea crossing bridge has also led to easier accessibility to Macao from surrounding regions.

A series of large-scale international arts events –Art Macao will be held from June- October.