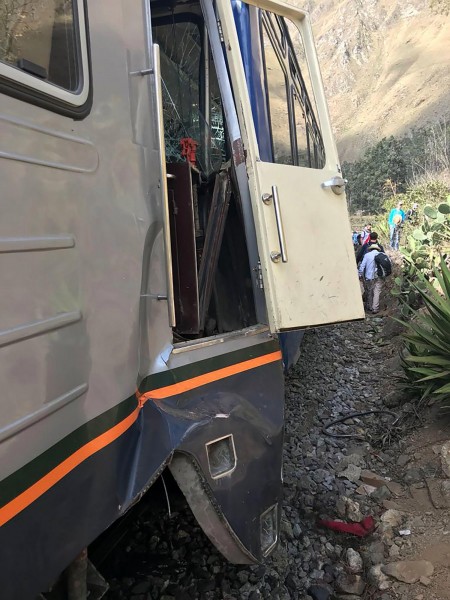 As many as 15 tourists have been injured close to Machu Pichu that is located in Peru after two passenger trains collided on Tuesday according to regional authorities.

These trains that are owned by rival companies crashed en route to the country’s most visited tourist attraction – the ancient Inca citadel.

It is yet to be clear as to what actually caused the collision. Police mentioned that investigations were under way.

Machu Picchu attracts more than a million visitors a year.

Peru Rail confirmed the collision on Twitter and released a statement in Spanish saying that emergency protocol had been followed to evacuate those affected.

One of the passengers on the Inca Rail train told local media that the accident occurred due to a protest on the tracks that forced the train to halt for an hour.

Police and the train operators are yet to confirm this allegation.

The citadel of Machu Picchu that is located 2,500m (8,200ft) above sea level, is the most famous monument of the Inca empire, which ruled Peru until the 15th-Century Spanish conquest.

Often referred to as the “lost city of the Incas”, the World Heritage Site is thought to have been built around 1450 AD.