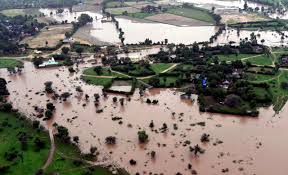 Due to heavy rains in India’s central state of Madhya Pradesh, over the past several days, over 200 people have died and thousands rendered homeless in ravaging floods.

“I am continuously monitoring the overall situation. I am in touch with concerned officials and giving out necessary directions. Relief and rescue work is being carried out and the flood-affected victims are being rehabilitated,” he added.

According to the Indian Meteorological Department (IMD), the state received 34 percent excess rains compared to the previous year, leading to floods.

More than 230 houses collapsed, and about 10,000 houses have been partially or completely damaged so far.

The state government released Rs 400,000 to each family of the deceased as compensation.