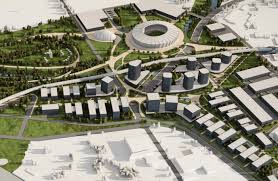 Manchester Airports Group (MAG) proposed to build a £528M (€600M) stadium in Bulgaria as a part of its bid to operate Sofia Airport.

Manchester Airports Group (MAG) has submitted a bid for the 35-year contract to run the airport earlier this month, in a consortium with China’s Beijing Construction Engineering Group.

A MAG spokesperson said that the stadium would boost the Balkans’ chances of hosting the 2030 FIFA World Cup, which could be spread between Bulgaria, Greece, Serbia and Romania. As well as bidding for the World Cup, the Balkan countries have also announced a joint bid to host the Uefa Euro 2028 championship.

MAG chief executive Charlie Cornish said that the airports bring the world closer together and act as significant economic catalysts for the regional and national economies in which they operate, and they hope to be given the opportunity to deliver to the people of Bulgaria the world class global gateway that they deserve. They have already undertaken a considerable amount of work in relation to this opportunity and have a clear vision as to how they will deliver a passenger experience and global route network for Sofia Airport that is comparable to other top tier airports around the world. We want to deliver direct international connectivity to Bulgaria to stimulate tourism and economic growth.

Other bidders include Germany’s Fraport, which operates Frankfurt airport; a consortium comprising asset manager Meridiam and the operator of Munich Airport; a consortium of Copenhagen Airports and SSB Sauernwein & Schaefer; and France’s Aeroports de Paris in a joint bid with Turkey’s TAV Airports.

The Bulgarian Transport Ministry is planning to select its winning bidder next month.