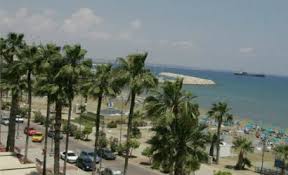 Head of Etap Dinos Lefkaritis informed Perdios about the five delayed infrastructure projects which are the main causes of the problems. These include the construction of the Larnaca – Dhekelia road which has been unfinished for 30 years, and the delay in the relocation of the oil and gas facilities. There is also an urgent need for breakwaters in Oroklini, Pyla and Pervolia because of erosion, Etap said.

Lefkaritis also said that the port/marina project should go ahead and that Larnaca’s archaeological wealth is not exploited adequately.

During the meeting general issues affecting Cyprus tourism were also discussed, including the long delays in implementing infrastructure projects, the need to improve Cyprus’ aviation connectivity, the degradation of the tourist product, the serious problem with pollution and the lack of a clear brand for Cyprus and for each region separately.

Representatives of local authorities also referred to issues that concern them, citing specific suggestions for improving the infrastructure and enriching their tourist product.

The deputy minister of tourism said Larnaca tourism should be properly developed and promised to look into the issues.

The meeting was attended by the members of the board of directors of Etap, the mayors of Larnaca and Lefkara, as well as community council leaders and other local officials.