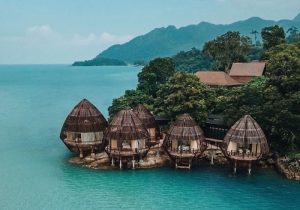 Malaysia has kicked off the year with the launch of Visit Malaysia 2020 (VM2020) campaign to attract 30 million visitors to its shores amid a challenging economic outlook this year. The tourism drive is expected to give a boost to the country’s economy with an estimated RM100 billion in tourism receipts, keeping South-East Asia’s third-largest economy on course for a growth of 4.5% this year based on estimates by the World Bank Group. Putrajaya, however, is more optimistic with a stronger growth projection of 4.8% in 2020.

Dr Mahathir said that Prime Minister Tun Dr Mahathir Mohamad, who officiated the campaign on New Year’s Eve, described tourism as one of the few bright spots in the Malaysian economy, with its contribution to GDP rising to 15.2% to RM220.6 billion in 2018 against 14.6% or RM201.4 billion in 2017. The industry’s performance in 2019 continued to be favourable with tourist arrivals increasing by 3.7% to 20.11 million between January and September compared to 19.39 million posted the year prior. The tourist spending also recorded a 6.9% rise to RM66.14 billion over the period from RM61.85 billion. The statistics point to the potential of the tourism industry which continues to grow each year. This is why VM2020 must be viewed as a national mission where each citizen has a role to play to help the country achieve its target

The country already ranked first on the Global Muslim Travel Index and one of the most visited countries in the world — plans to promote its heritage around the globe in countries such as the UK, India, China, Italy, Germany and the Asean region. Promotion on VM2020 began as early as 2017. Malaysia is also host to the Asia Pacific Economic Conference 2020 which will see the arrival of 16,000 delegates, with over 120 meetings scheduled in five cities across the country.

The government is currently granting more visa-free access to tourists from China and India throughout the campaign. Under the policy, tourists from the two most populous countries in the world can visit Malaysia for up to 15 days by using the electronic travel registration and information system. The visa-free period, however, cannot be extended and tourists cannot apply for any other passes under the Immigration Regulations 1963. The tourists from China and India are among the top 10 contributors to tourist arrivals in Malaysia with nearly three million arrivals combined as of September last year.

Tourism, Arts and Culture Minister Datuk Mohammadin Ketapi said that he will have to meet with Home Affairs Minister Tan Sri Muhyiddin Yassin within the next few days to implement the waiver as soon as possible.

Mohamaddin yesterday welcomed passengers on Etihad Airways flight EY0418 from Abu Dhabi as part of a special reception concurrently held at the Kuala Lumpur International Airport (KLIA) and 21 other entry points across the country.