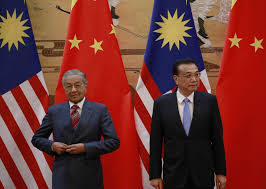 With the Chinese government issuing a lockdown of more than 30 cities, some Malaysian states dependent on Chinese tourist dollars are now considering alternative markets.

Mr. Abdul Rashid Asari, the Selangor state executive councilor managing tourism said that the state would be focusing on domestic tourism for now.

Domestic tourism is deemed to be a safer bet as it is less likely to be affected by travelers’ fear factor, Asari said.

Since 2017, China has been the largest source of foreign tourists for Selangor. This is followed by Indonesia, Singapore, Japan and India.

The corona virus outbreak has brought in concerns, especially for the Visit Malaysia 2020 initiative, Asari said. A state tourism contingency plan has been drafted and will be implemented in the following weeks, he added.

Asari said that the overall international tourism sector (in-bound and out-bound) will be affected by the virus outbreak.

However, he added that the state’s domestic tourism sector is expected to improve.
Malaysia so far has a total of 19 confirmed cases.

According to the Ministry of Tourism statistics, Malaysia witnesses around three million tourists from China annually.

Mr. Mohamaddin Ketapi, the tourism minister, said that Malaysia would reorganize Visit Malaysia 2020 promotion plans to shift its focus away from China. Malaysia would instead woo other markets, including Europe, the Middle East, Central Asia and East Asia.