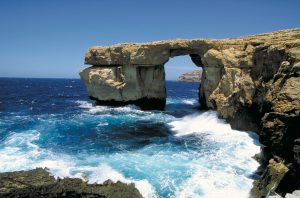 The First Lady of Malta, and the wife of Prime Minister Joseph Muscat, Michelle Muscat, has started promoting tourism of the Mediterranean island.

While talking to media personnel during a press interaction in New York, she dubbed Malta as the ideal vacation spot. She said that Malta’s small size and diversity was making it interesting. “You can swim at a beach in the morning besides you can visit an ancient ruin and indulge in activities such as hiking and mountain biking,” she said.

This is to be noted here that Malta was first inhabited 7,000 years back and it was discovered by North American travelers in a big way in recent years.

According to Michelle Buttigieg, a representative with the Malta Tourism Authority, tourism in Malta had increased manifold and the 13 American cruise lines stop at the island was contributing to it.

Malta is presently receiving around 2.5 million visitors each year – an impressive number for a country which has only a half-million inhabitants. Nonstop air service from US to Malta is on the cards. “This will not be a daily service rather a weekly service,” said Buttigieg.

She said that these days travel freaks are seeking unexplored destinations and Malta fit the bill. “The island is not only exotic but safe, accessible and comfortable too,” she added.

She said that the accommodation facilities were getting better day by day with the influx of major international brands like Hilton and InterContinental in place with Corinthia Hotels, a luxury brand based in Malta itself. While the Phoenicia Malta is a member of the leading hotels across the globe, Xara Palace is a member of Relais & Chateaux.

Besides, Malta sees 300 sunny days per year on an average. It inhabits a heavily English speaking population and three UNESCO World Heritage sites dot the island including prehistoric Meghalithic Temples, touted as the oldest freestanding structure on earth.

Among the other elements that make Malta interesting are its churches and sanctuaries.