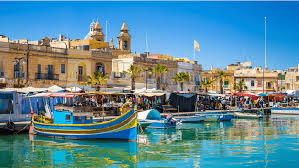 Malta is making a strong pitch for the e-sports tourism niche, to attract video game players to sports tournaments on the island.

Addressing the Mediterranean Tourism Forum, Joseph Muscat, the Prime Minister of Malta said that the tourism in Malta had become more than a stable source of income, with diversification efforts by the government looking to improve on quality.

He said that the work they are doing in seeking new pastures will look to provide sustainable and renewed methods of tourism. The number of incoming tourists last year went up to 2.6 million, with the number of nights spent amounting to a total of 18.6 billion nights. Muscat said that the numbers are even more impressive when you understand that this is a country of around half a million inhabitants.

He said the growing numbers presented a ‘positive problem’, with the updating of infrastructure and technology essential if the country wants to see the numbers growing.

“In taking a trip around Malta, everyone can see how we are continuously upgrading our roads and infrastructure, so we can keep up with our fast-paced economy,” he said. Muscat attributed this success to both his government and the stakeholders involved. “It is this cautious, yet forward-looking optimism that spurred us on in becoming one of the top destinations in Europe and the Mediterranean,” he said.

The Mediterranean Tourism Forum was first formed in 2013 by the Malta Hotels and Restaurants Association in an effort to bring together public and private sector stakeholders with an interest in tourism across the Mediterranean region.