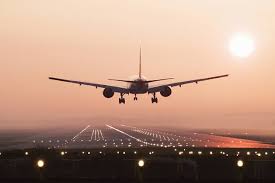 A 28-year-old man, while flying in a Toronto-to-Jamaica flight, claimed that he is infected with coronavirus and ended up causing a widespread panic among the other passengers. Following safety measures, the pilots and the crew decided to return the flight to Pearson Airport, Canada. The man, however, was lying and he did this ridiculous hoax just to go viral on social media.

James Potok stood up from his seat in the flight, filled with over 200 passengers, and declared that he has recently returned from Wuhan, media reported. Further adding, the city is the epicenter of coronavirus.

“I need everyone’s attention. I have just returned from Wuhan, one of the capital cities of China, and it’s an epicenter for the coronavirus,” said Tiffany Richards, one of the passengers onboard the same flight. “I’m feeling really, really sick right now. I think I might be infected. I need everyone to stay away from me, like please don’t come near me,” he added, she recalled.

Turns out, Potok repeatedly made the same claim before taking his seat. He also recorded a video and wanted it to go viral.

Potok, who is actually a YouTuber, later took to the platform to share an apology video. In the video, he mentioned that he said he came back from Wuhan and may have coronavirus. He just wanted to grab attention of people and made the whole thing up.