Many countries witness a jump in visitors in 2019 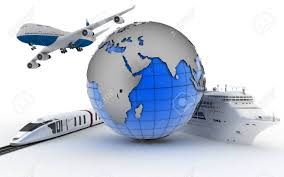 Overseas trips accounted for 1.5 billion in 2019, going up four per cent from 2018, as per latest statistics from the UNWTO.

However, many countries saw the highest jump in visitor numbers year-on-year. Top among them was Myanmar, with a 40.2 per cent increase in visitors, followed by Puerto Rico (31.2 per cent) and Iran (27.9 per cent), although Iran is expected to witness a drop this year due to the current political climate.

Central Asia also increased in popularity, with Uzbekistan, Azerbaijan and Kazakhstan all among the top 20 fastest growing destinations.

Winter sun destinations previously hit by terror attacks also witnessed a comeback last year, with Egypt seeing a 21.1 per cent increase in visitor numbers, Turkey a 14 per cent rise, and Tunisia a 13.6 per cent rise.

The Caribbean also exhibited positive trends having recovered from the devastating effects of Hurricane Irma in 2017. Visits to Anguilla, St. Maarten, Dominica and the US Virgin Islands all increased significantly.

However, not every destination saw good times, with many impacted by political turmoil and terrorism.

Sri Lanka experienced an 18 per cent drop in tourist numbers, mainly due to the terror attacks during Easter.

Hong Kong saw an 18.8 per cent decrease as an aftermath of protests and social unrest.

The US witnessed 1.3 per cent drop on visitor numbers, while the UK saw a 1.7 per cent uptick.

The region witnessing the biggest growth was the Middle East, at 8 per cent; the Americas witnessed the least, at 2 per cent.