Martin Nydegger has been chosen as new CEO of Switzerland Tourism 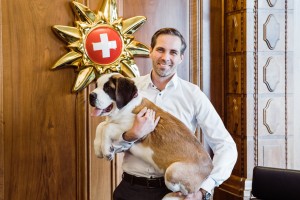 The Board of Directors of Switzerland Tourism appointed Martin Nydegger as the new CEO in January 2018. The Federal Council approved this decision at a meeting held in September 2017. The selection committee of the ST Board of Directors made their decision after a multiple-step selection procedure that featured a number of highly qualified candidates. Nydegger proved to be the candidate who best met the criteria defined for the position. His breadth of tourism experience and profound knowledge of Switzerland Tourism will in addition ensure a seamless transition and continuity in the preliminary phase.

Martin Nydegger has been a member of the Executive Board of Switzerland Tourism since 2008 and is in charge of Business Development. He had previously managed the ST branch office in Amsterdam for three years. Prior to joining ST, he already held a number of positions in the tourism sector, including six years as Director of the Engadin/Scuol Tourism Board. A native of Bern, Nydegger holds an Executive MBA in Strategic Corporate Management and has repeatedly undergone further training in the field of marketing management.

Speaking on his new role Martin commented, “I am excited about my new role at Switzerland Tourism and build on the legacy by taking it to new heights. My journey with Switzerland Tourism has been remarkable and I look forward to further building and establishing this alluring travel destination.”

On his recent visit to India, Martin said, “India is an extremely relevant market for Switzerland Tourism  and would rank 7th in terms of importance of all the countries, globally. In terms of development, Switzerland Tourism has seen an enormous growth over the years. In the last 3 years, it witnessed a growth of roughly 53% and in 2017 alone the growth rate was a good 25% from India and is predicted to grow further by 33% in the next three to four years. India and Switzerland have strong ties and we certainly intend to continue and grow strong in the future.”