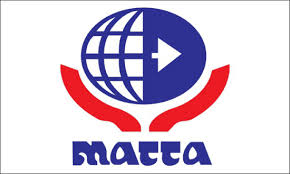 The Malaysian Association of Tour and Travel Agents (Matta) has given a strong call for abolishing the Tourism Tax (TTx) as it is counterproductive for the tourism sector.

Matta’s calls for the removal of TTx comes at the heels of the government’s announcement for zero-rated Goods and Services Tax (GST) implementation on June 1.

The association president Datuk Tan Kok Liang said the association had objected and expressed concern to the Tourism Ministry. TTx which came into effect on Sept 1 last year charges a flat rate of RM10 per room night on foreigners staying in hotels or registered private accommodation.

The TTx, according to Tan, would have impacted the tourism industry. He said this is particularly true for price sensitive tourists as well as long-haul travellers who spend longer durations in the country.

“Malaysia’s tourism sector is trailing behind neighbouring countries like Thailand, Singapore and the Philippines,” he said.

Despite positive tourist arrivals growth in the region, Tan pointed out that Malaysia’s visitor arrivals have suffered last year.

Tan added that putting up more barriers may deter tourists from choosing Malaysia as a preferred holiday destination. “Without the TTx, foreigners would be delighted to come to our country, stay longer and spend more freely,” he said, adding that Matta is open for discussions with the relevant ministries.