Mauritius tourism offers much beyond beaches 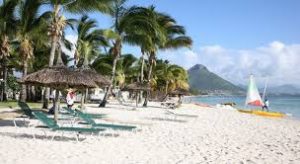 The Jummah mosque in the Mauritian capital of Port Louis was constructed in the second half of the 19th century by Tamil architects who carved wonderfully in stone in the style of Hindu temples. Beside the main building, which blends Moorish and Mughal influences, is another one constructed in the Creole style. There is even a pond full of Chinese koi carp.

The building features the multiple influences on Mauritius, whose history has been created by successive waves of colonialists from Europe, slaves from Africa, indentured labourers from India and adventurers from the four corners of the earth.

The mosque features on a food and cultural tour organized by My Moris, a small tourist outfit specializing in delving deeper into the island’s multi-layered culture. The three-hour walking tour takes one to the Indian and Chinese quarters of Port Louis, where generations of merchants have imported spices and ingredients and produced delicacies from curry-filled rotis to “red bean” dumplings made with more available black lentils.

“The tourism industry has focused on nature and beaches, which is very nice, but there’s also all this rich history and culture, which no one really knows about,” said Yianna Amodine, one of My Moris’s guides. “The exclusive resorts are in remote places where there’s nothing to see — apart from the resorts.” Mauritius has long been marketed as a luxury beach resort. “That’s what made Europeans travel 12 hours to somewhere they’d never heard of,” said Sanjiv Ramdanee, a businessman and executive director of the upscale Maradiva Villas Resort & Spa. Mauritius is now an exotic location for both Bollywood and Hollywood films.