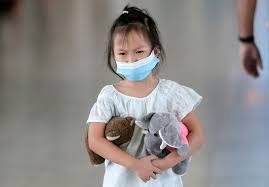 As per figures released by Statistics Mauritius detailing inbound tourist arrivals in January this year, there is a solid increase in the number of travelers from almost all major markets when compared to January last year.

Marking a robust and positive start to the year, the Mauritian tourism industry will not be able to entirely escape the effects of corona virus with Air Mauritius having cancelled its flights to Shanghai and Hong Kong. Although Mauritius will be substantially less affected than many other countries, a slowdown in the global tourism industry will affect the local economy and the government’s coffers as a whole.

The tourism industry employs around ten per cent of the Mauritian workforce, contributing 14 per cent of Gross Domestic Product. Recognizing the importance of tourism, the Mauritian Government has attempted to strengthen it by targeting countries like India, China and Saudi Arabia. The government has also set the goal of increasing the annual tourist arrivals to two million by 2030.