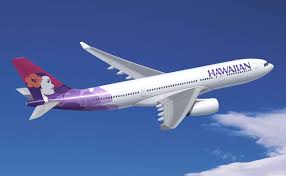 A flight of Hawaiian Airlines that was travelling from Mineta San Jose International Airport to Honolulu on Tuesday morning was compelled to return to the Bay Area.

The airport officials said that Flight 43 had originally taken off around 9.15 a.m.

A short while after take-off, the crew members on board reported a mechanical issue. The officials said that the jet had landed safely in San Jose around 10.15 a.m., after the jet had burned off jet fuel.

None of the passengers were injured, however, as a consequence of the emergency landing.

The officials have not specified the mechanical issue that was responsible for forcing the flight to divert back to the region of San Jose. It is unclear when the passengers would be flown to Hawaii.