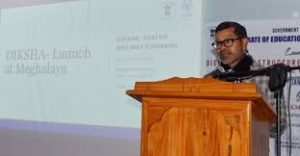 Governor Tathagata Roy warned that certain steps being taken in the State will have a bearing on the tourism industry.

Speaking at a function on Thursday, Roy said, “Unfortunately, and I am forced to say this, that certain steps are in the offing which are not exactly conducive to the growth of tourism in the State.” The Governor however did not specify what those “steps in the offing” are.

But it can either be concurred that Roy was referring to the demands of the pressure groups in the State to implement Inner Line Permit (ILP) or the move of the State Government to approve the Meghalaya Residents Safety and Security (Amendment) Ordinance, 2019.

“I shall not elaborate on this because this is the matter to be decided by the elected government, not for the Governor; but if some of these things are implemented then I think tourism which has fantastic potential in the State of Meghalaya will take a very big hit,” Roy said.

He also said that the biggest resource of Meghalaya is tourism, and entrepreneurship based on tourism is capable of working wonders for the youth of the State. The Governor pointed out that the other day he had been to Sohra and found that the affect of this had already taken place a whole lot of homestays are going vacant.

“Why should that happen because this is a very tourist friendly season. It is for you to figure out, the young men and women of this State,” the Governor pointed out.

“I want to place this thing before the young entrepreneurs present here to put your heads together and think whether you would permit the tourism industry to be hit in this manner,” he pointed out.

Roy also said that to establish tourism as an industry in Meghalaya the MSME Export Promotion Council and other similar organizations and the state government has a huge role to pay as facilitators, because according to the Governor tourism requires infrastructure, it requires promotion and once these are given small units can start homestays.